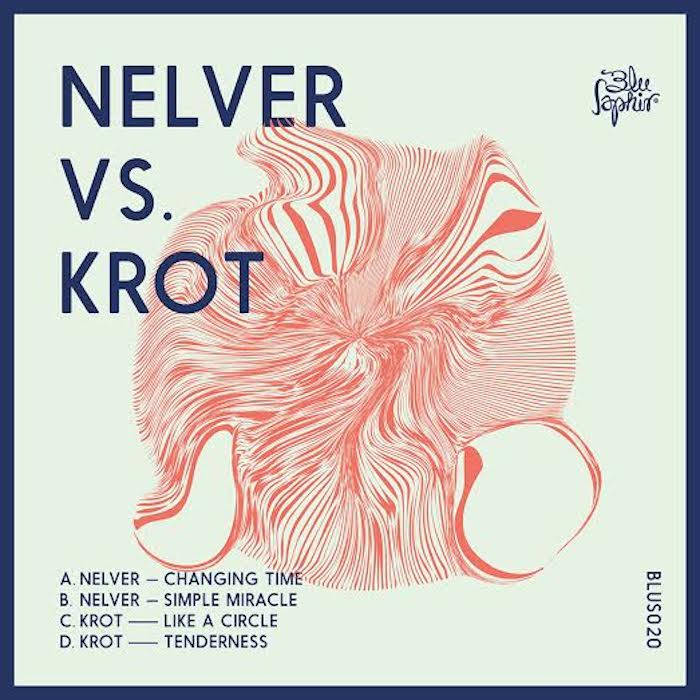 With no time to waste in 2014, Blu Saphir releases a groundbreaking 'versus' EP featuring Russia's Nelver and Krot on its parent label. Coming through with a fierce foursome of dance floor rockers, these two artists compliment each other greatly, using complex instrumentation, deep rolling bass, top notch production and arrangement skills.

The first duo of tracks on the release feature Nelver, an accomplished musician, event organizer, and producer. Voted Breakthrough of the Year Drum & Bass” at Night People Awards Orel in 2011, Eugene has also had a hand in many established stations across the world, including BBC Radio One (UK), Bassdrive Radio, Intensive Therapy (UK), and Bassdrive Radio (USA). He is supported by an A-list of drum 'n bass elite, including Stunna, Netsky, Dfunk, Overfiend, Ashatack, Komatic, Amnesty, and many more.
The success of Krot over the last four years can be seen on many of drum 'n bass' labels, both new and old, including Close 2 Death, Mindtech, Tamp3cords, Respect, Modulate, Trust In Music, and Fader United. As the man from Saint Petersburg gains momentum, who can stop him? Look for many new releases by Krot in 2014!

As a fresh start to the EP, Nelver slips through with a serene bassline roller entitled Simple Miracle. In addition to multiple layers of pianos and synth textures, euphoric female vocals speak to their lover, stating, “baby, I love you... dreaming of you.” Imagine rolling waves, a perfect sunset, glass of wine and just the two of you, or... a blissed out dancefloor. Either choice is ecstasy.

A little more subtle than the last, Changing Time introduces percussive elements, and a male vocal that glides through to the first drop as squelchy, rolling bass will serenade the crowd straight to the bassbins. As for the artist, we might need a rewind!

Krot then switches up the vibe with Like a Circle, a dance-ridden number that introduces tasteful chopped drums before soulful vocals take over. Quickly intoxicating the listener, there won't be any standing still here – a definite head nodder. Multiple textures effect the vocal later on, adding “trumpet” stabs. Melodius elements weave in and out while the vocal remains the center of attention.

The final number of the EP, Tenderness carries on the love theme which Nelver started the EP with. Rolling breaks and serene piano licks bring in the vocal which, interestingly enough, are the same vocals as Nelver's track. Love is definitely in the air for 2014!

For more on Nelver, please visit the following links:

For more on Krot, please visit the following links: