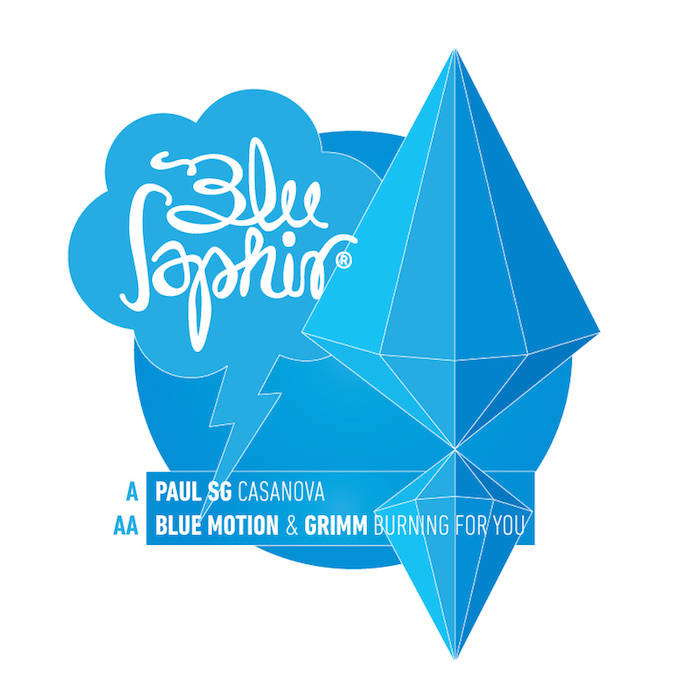 Do you feel love? We sure do! As the delayed vocal makes its way in alongside a flanging, housey riff, sweeping melodious pads, guided ride hits and a smooth sax paves the way to the first climax - The bass hits and the house-influenced riff reintroduces itself. Sexy female vocals and heavenly strings lead the half-time vibe into the drop. Uptempo drums keep the focus while the vocal and sax ride it out in the background. Rolling through to the second drop, the vocal hits one more time paying tribute to “Casanova, a great lover.” Might want to play this one out to the end. Definite hotness.

Burning For You – Blue Motion and Grimm’s first release on Blu Saphir is a very soulful number. The intro, composed of sweeping piano melodies, aligns the path to blissful sax riffs, fluttering drums and accented bass. The warm bassline accommodates the soulful vocals of co-producer, GRIMM. This tune goes to show how such simple elements can combine to create one beautiful, complex masterpiece.