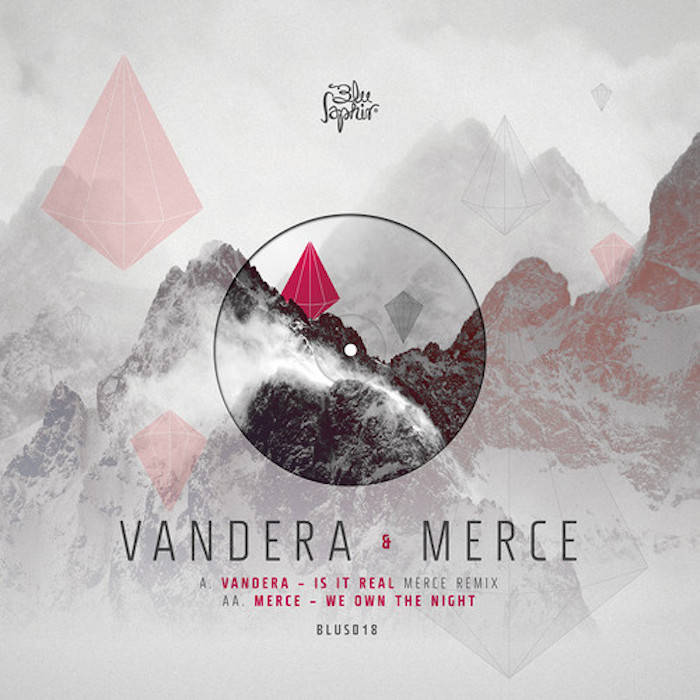 2013 has only begun and already, Frankfurt’s BLU SAPHIR RECORDINGS is making gigantic waves for the year, releasing two unique smashers by Finland’s MERCE and VANDERA of the United Kingdom. Different from the usual rolling, deep and liquid goodness, WE OWN THE NIGHT and IS IT REAL REMIX have the capacity to impact large arena walls, driving the crowd to a blessed-out chaotic stir.

Hailing from Vantaa, Finland, MERCE has had a steady build of success with releases on Rotation Deep, Subdepth and Interactive. Supported by the likes of Deep Focus, Nuage, Vandera, Getz and Blueprint, the man from Scandinavia will definitely be heard around the world throughout the year as he slides between drum & bass, dubstep and the melodic eloquence of the dubstep subgenre, lovestep.

Known as a scientist during the dawn hours, VANDERA creates rich, melodic, psychoactive soundscapes that dance on the brain and are ‘specifically engineered to blow minds on big rig sound systems.’ With a catalogue that spans the crème de la crème of drum ‘n bass and dubstep, including GOOD LOOKING RECORDS, ECHO DUB, UKF, BBC RADIO 1, and LIQUICITY, VANDERA’s sounds are traveling at the speed of light, already featured throughout clubs in Russia, the United Kingdom and Europe.

A: VANDERA – IS IT REAL REMIX
AA: MERCE – WE OWN THE NIGHT

A: IS IT REAL REMIX

Though originally an unreleased drum ‘n bass track, IS IT REAL, featuring vocalist ELLEN gets the resonant re-rub for 2013. Taken down a few notches in tempo, Is It Real retaliates while becoming a pseudo-acoustic gem. Percussion layers the backdrop while gritty synth lines set the atmosphere. As the track builds, IS IT REAL turns into a climactic anthem. Try ending the night with this one. It won’t disappoint.


AA: WE OWN THE NIGHT

Rushing synths and big drum stabs open up this massive floor filler, vocals fill the gap while the crescendo builds. Like any good trance tune, MERCE piles on the melody, plastering partygoers to the bass bins as hands rise to the sky. Close your eyes. Feel the spirit of the dance as the breaks tantalize the brain. At 140 BPM, The Finn’s masterpiece has versatility written all over it. Smooth but simplified vocals add a heart-warming effect before coming into the break. Here comes the synth again before the breaks come around for a second time. Perfect for many different environments, and so easy to get into, any artist dropping this one will definitely OWN THE NIGHT.


For more on MERCE and VANDERA, please visit the following links: