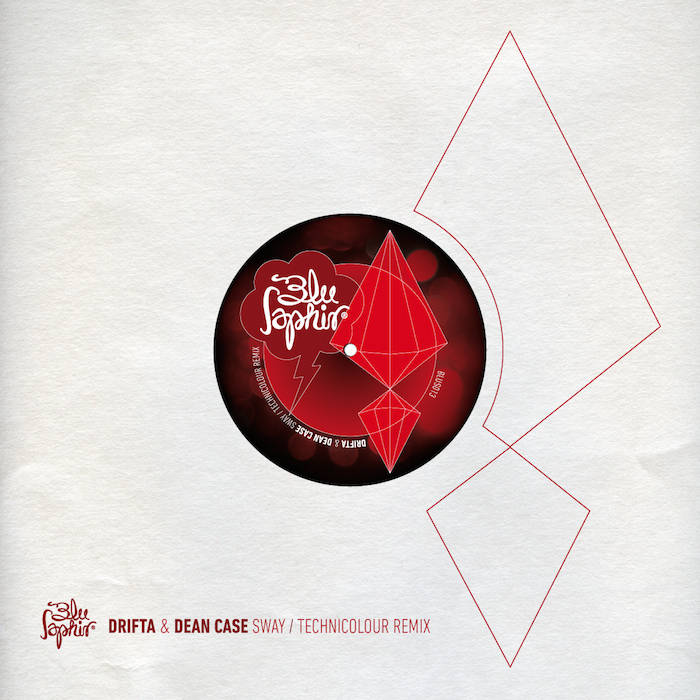 Hailing from Kent in the United Kingdom, Soul Aspiration co-owner Chris Demello A.K.A. Drifta started making waves around the country with his soulful sounds of drum &amp; bass on the likes of Aftershock Radio, Futuredrumz, and Shedbass many years ago. It wasn’t long before Drifta desired something more and started his personal journey to production with influences shooting across the entire electronic spectrum, including trance, hip-hop, and electro. The young artist has much collaboration under his belt, including Static &amp; Top Notch from Spherical Sounds, Drumlinez, The Assembly Worker and Chaos Theory. More recently though, Drifta teamed up with new producer Dean Case for the spine-tingling, bassline-driven “Sway.” Their music can be heard consistently on BBC Radio 1, 1xtra, BBC Asian Network and Bassdrive.


Fellow Englishman, Technicolour, comes forth on the flip for the remix, representing Bassline Smith’s Technique Recordings. Technicolour’s tracks are supported by the likes of Annie Mac, High Contrast, Logistics and Blame. More fire is bound to come from the soulful one and production/drinking mate, Komatic in 2011.

Classic drums lead this euphoric symphony in, while a lower octave saxophone cues the bass. Perfectly programmed layers continue to build while the sax roars, bringing in the full symphony. A short filter leads to a sweep of strings and a luscious flute solo. The vocal comes soon after before making a quick fade out. Call and response ensues between the ensemble, vocalist and flute solo. Mighty rolling bass continues throughout making this a spine-tingling, fun number on the dancefloor. The break comes and switches it up; quick stabs lead right back into the full-on aural assault.

Technicolour shows us his prowess as the opening instrumentation is switched up. A beautiful flute flows to a crescendo while plucked strings add to this ominous intro. Beautiful Rhodes ala old school Metalheadz make their presence as a low-end driven bassline cuts through and gets the remix moving. A little chiller than the previous, Technicolour definitely has this soulful thing down.